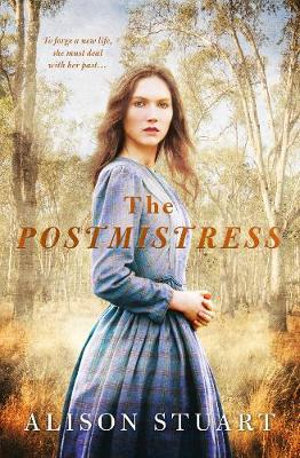 Stuart’s novel is set in Victoria, Australia and I will freely admit that this setting, had a deciding factor in selecting this novel to review. It is set in the late half of the nineteenth century where many issues were on the world stage. Gold was still firmly on everyone’s mind in Victoria, the Civil War in the now United States is over, but not forgotten and immigration from the United Kingdom to start a new life in Australia is in full force. Stuart combines all of these events on her novel in the fictional town of Maiden’s Creek which is actually based on the very real Walhalla.

Adelaide Greaves, the Postmistress of said Maiden’s Creek, fled Liverpool, England after becoming pregnant to a man who is subsequently drowned in a shipwreck before they can be married. She has worked and fought hard for her independence in a small gold mining town on the other side of the world. Caleb is a newcomer from the United States, former Confederate soldier, who is unused to pretty much everything that happens in a rural country town in Australia. The situations they find themselves in are anything but dull. The characters of the town, both old residents and new, are richly interwoven throughout the novel. Stuarts writing makes one really feel for the residents of this fictional town. This novel also highlights the class issues present in the late nineteenth century and how they can be overcome. It was really interesting to find that throughout the novel that having high-class status does not guarantee morality, kindness, compassion, love or life satisfaction. This is also reminiscent of Bronte’s representation of the upper class in ‘Wuthering Heights’.

It was very enjoyable meeting the inhabitants of the Maiden’s Creek and also was thrilled by the deep level of research of life in the nineteenth century that Stuart undertook to write this novel.